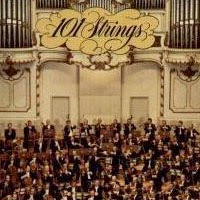 Your Instrumental music is so relaxing and restful. I like to know if you can play more of the 101 Strings and 101 Strings Orchestra. ---Yes I will add some new tracks by the 101 strings. I have some older ones on the playlist now but will add a few new releases of some of their selections. Wikipedia notes: 101 Strings Orchestra was a brand for a highly successful easy listening symphonic music organization, with a discography exceeding a hundred albums and a creative lifetime of roughly thirty years. Their LPs were individualized by the slogan "The Sound of Magnificence", a puffy cloud logo and sepia-toned photo of the orchestra. The 101 Strings orchestra was composed of 124 string instruments (all male except for the harpist) and was conducted by Wilhelm Stephan. The orchestra's famous official photograph was taken in the Musikhalle Hamburg. Record label mogul David L. Miller (born on 4 July 1925, son of Albert L. Miller and Olive-Jane (Bardsley) Miller in Philadelphia, died 24 May 1985 in London) came to prominence by releasing the first Bill Haley & His Comets’ records in 1952–1953 on his own Essex label (followed by Trans-World, then Somerset Records). In this capacity, Miller played a role in the creation of rock and roll. MORE

shop for their albums here:

get my radio stream

We are an Amazon.com Associate

Commissions earned from Amazon.com qualifying purchases help to support us. Thank you!

BUY the best of beautiful music radio's custom cuts from...